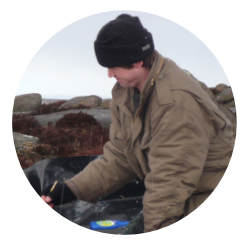 We are excited to host our second solo exhibition by Derbyshire based painter Colin Halliday from June 25th – 7th August, 2016. Painted En Plein Air, from Cornwall to the Cotswolds these new works are not only a reflection of the joy of being in the landscape but also a celebration of the very essence of paint itself.

The subject matter again concerns itself with the classic English landscape; streams, rivers, hedgerows, places that could be almost anywhere in England. This conscious choice within the composition of the work stems from a need to elevate the painting to being about more than just where the physical locations are from a geographical point of view, but also the actual process of painting itself.

Since Colin’s last solo show two years ago he has travelled extensively throughout the English countryside to immortalise these classic vistas in his favoured impasto style application of Oil paint.

“The logistics are its hard work, really hard. I have about 5 -7 litres of oil paint, my easel, rags, palette knifes, my flask of tea and sandwiches in a rucksack and let me tell you after a half mile walk with that you feel like your walking on air when you take it off. I also carry a fold up camping table in one hand which is my palette and a large canvas or box of smaller canvases in the other hand.”
Colin Halliday

Join us for a celebration of the English countryside and of course the art of painting this green and pleasant land.

← Towards the Horizon by Alison Tyldesley
Midlands Open 2016 →