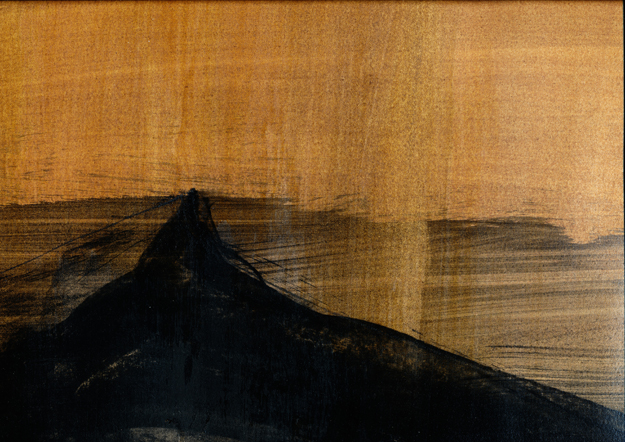 Paul Mason (1952 – 2006) was a leading figure in sculpture, and especially public art projects, in the Midlands for much of the last quarter of the twentieth century. This exhibition features works drawn from across his career but with an emphasis on the drawings and other works on paper in the last five years till his untimely death in 2006.

With several major works on permanent public display in Nottingham and others as far afield as Aberdeen and the Isle of Wight, Mason is best known for his iconic stone carved pieces that are large scale interpretations of natural form. However alongside his public art he was a prolific carver of smaller more intimate and experimental sculptures and drawings and collages. Many of these featured in exhibitions that resulted from prestigious residencies such as Tate St. Ives and Gloucester Cathedral. In his late works on paper colour broke into his output in bold and vigorous paintings; alongside reliefs, drawings and free standing sculpture. Many of these a result of responses to visits to dramatic landscapes such as Malham Cove, Yorkshire, Staffa and the Orkney’s.

This exhibition, by kind permission of his estate, shows the range and depth of Mason’s art and will include a suite of late works never previously exhibited in the Midlands including a significant number of pieces for sale.