The End of The Day 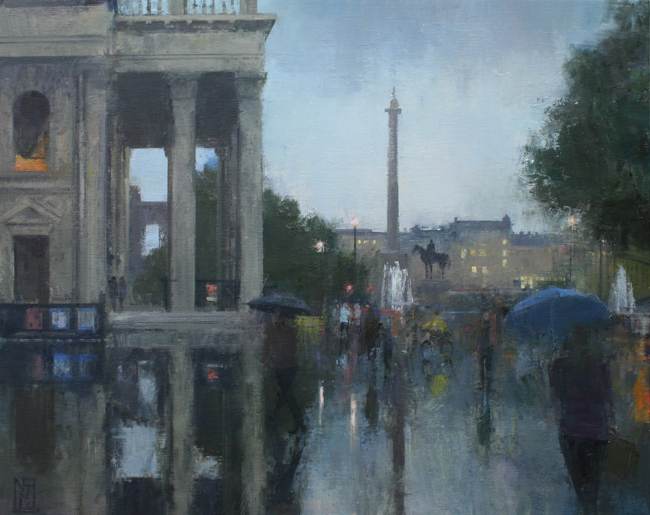 Tarpey Gallery is proud to present ‘The End of The Day’ an exhibition of new work by Nick Hedderly, from 6th October – 10th November, 2012.

Working in oils and acrylics, Hedderly’s early abstract work was based on the romantic ‘sublime’ landscape and he is now recoginised mainly for his paintings of urban environments of Nottingham and London – often at night or in the early evening.

‘I wonder about the effect these buildings have on others and what feelings they invest in them, and how they become a repository of so many of our feelings and memories.’ – Nick Hedderly

In October 2011 Hedderly was selected for the annual Nottingham Castle Open exhibition, and was picked by the Tarpey Gallery for a solo show.

“Nick is an Artist we have admired long before we opened Tarpey Gallery in September 2009. It is a privilege to work with a painter of Nick Hederly’s reputation and skill. This will be a tremendous opportunity for collectors to purchase work by an artist whose paintings adorn private and public collections across the country.” – Luke Tarpey, Gallery Manager

Hedderley is perhaps one of the most well known and successful painters in the East Midlands, passing on his knowledge through classes and courses whilst also winning both the Derby and the Nottingham City Open art competitions in 2002 with different paintings of the iconic Trellick Tower in Notting Hill, which he followed up with a solo show at Derby Museum and Art Gallery on the same subject.

Considering his long list of achievements and obvious skill, it is hard to understand why Hedderly is not shouting from the rooftops he paints. It will therefore be a great pleasure for the Tarpey Gallery to host a solo show by a most modest and talented painter.