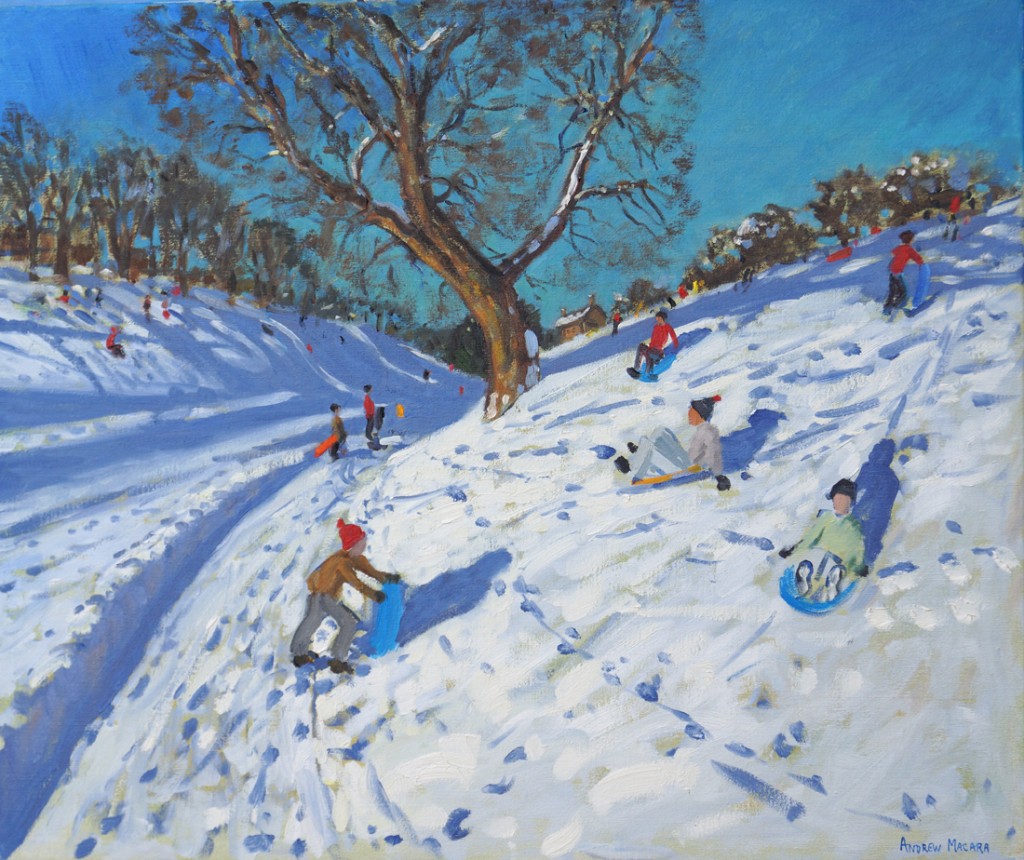 Tarpey Gallery is excited to announce an exhibition of New Works by Derbyshire based painter Andrew Macara from 12th October to 16th November, 2013.

The exhibition will feature scenes from his native Derbyshire alongside skiing in the French Alps and sailing on the British coast. An inspiring collection of work by one of the regions finest painters, this is not to be missed by collectors and enthusiasts alike.

“Respect for the two dimensions of the picture plane are paramount and I attempt to tread the fine line between the figurative and abstract in order to attain this. It is not easy to produce this result especially whilst using light and shade as an important subject in itself in the construction of a painting.”
Andrew Macara

Andrew Macara is one of Derbyshire’s most well known and successful painters whose work adorns the walls of private collectors, both nationally and internationally. He has won a great deal of art awards over his illustrious career, notably those of Sir Huw Weldon, Royal Academy of Art Summer Exhibition, Brian Sewell, Gileas Auty and Lord Palumbos choice, Discerning Eye Exhibition. Andrew was also awarded the coveted De Lazlo art medal in 1985. And, Macara’s latest art award was at the RBA in 2005.