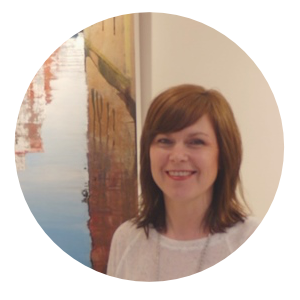 My practice is a personal response to objects and places using the medium of painting and print-making. I start with a formal approach using drawing and photography to investigate form, structure, texture and space. Inspired by travel and encounters with new places, most recently I have been working with a theme of the urban landscape. I am interested in the subconscious connections and relationships we make with things and places, and how visuals have the ability to trigger and recall hidden memories and tap into our emotions. Taking inspiration from my surroundings, I have a curiosity for architectural spaces, drawn towards unusual forms, patterns and hidden layers. In particular I like to draw attention to subtleties of the apparently insignificant, things that are taken for granted, overlooked, mundane and banal. By deconstructing the landscape through a drawing process I am finding new ways of ‘seeing’ and responding to the built environment. This practical research then translates through experimental painting techniques, using a controlled approach, but with unpredictable outcomes.

My current abstract approach explores the painting process, investigating the manipulation of paint, surfaces, marks and colour, as I have become intrigued by the notion of the paint taking its own form. I have found that this is the point in my work where a transformation occurs, a combination of the known and unknown, opening up areas of creativity and thought that cannot be foreseen. My intention is never to produce a realistic, photographic image. Instead I want to make something that has an element of familiarity to intrigue and engage the viewer without fully revealing itself. Therefore there is an importance attached to the ambiguity that my work contains so that it can impact on people in different ways connecting with the viewers own experiences, thoughts and memories.