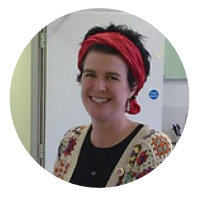 Heather’s work is in many private collections in the UK, France, Germany and the USA

I am a Debyshire based painter based in my home village in the south of the Peak District.

I take my inspirations from my everyday life, from landscape, music and poetry, and from memories. Each painting is drawn from a stream of consciousness, often starting in landscape but moving away from representation and becoming more abstract and expressive. I have a consistent starting point, in the free covering of the white canvas with washes of colour, and it is from this beginning that I begin to read or project images intuitively – these then govern the direction of the painting; experiences and observations become filtered and developed upon the picture plane over time.

I have a deep and strong connection with the expansive open moorlands of the north of England where I spent my childhood. This openness into which I escaped both physically and emotionally is reflected in my work. I like the varied climatic qualities of a temperate landscape, the mood and the music that it creates within us and of itself. I find a calm beauty in the grey mist of an October morning, excitement in the gunmetal sky of an approaching summer storm. I love the sharpness of the wind as it assaults your face, or the gentleness of a salt-laden sea breeze.

I approach each piece in an open and intuitive way, yet I balance the spontaneity with controlled and considered choices of colour, gesture and mark-making. Each piece invites free interpretation from the viewer, and yet each is a highly personal and emotive response to experiences (within landscapes) that I have had. I grew up in a working class family in Northern England. Yet we had two small books on paintings, and I was hooked….. A defining moment was the first time I went into the National Gallery as a young teenager and saw some of the paintings from the books, they suddenly became real, and vital. I have spent the last 7-8 years committed to painting seriously, as a professional Artist, but over 30 years knowing that it was all I wanted to do.